Brain-Computer Interface is a system allowing to control the computer without the use of muscles.

BrainTech develops BCIs based on electroencephalogram (EEG)–an electrical trace of a thought, recorded off the head surface.

Below we present some scenarios (paradigms) allowing to identify conscious intentions of the user, which are then processed by the BCI into instructions controlling the computer.

HOW DOES A BRAIN-COMPUTER INTERFACE WORK? 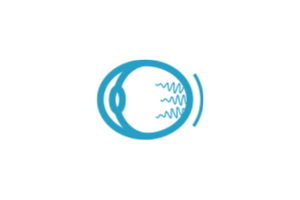 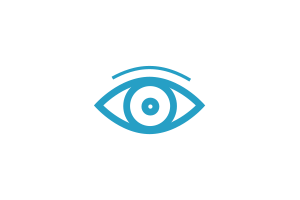 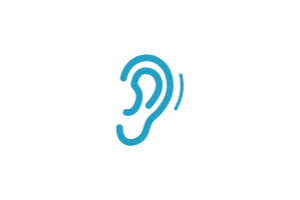 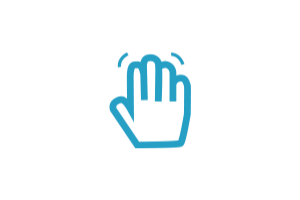 SSVEPs stand for Steady-State Visual Evoked Potentials which appear in EEG when the user focuses on a visual stimulus flashing at a constant frequency. Just like in the case of P300-BCI, the user sees a variety of elements on the screen, selectable by concentrating on a particular element. However, in contrast to P300-BCI, all stimuli (fields) flash at the same time, with each of them at a different frequency. This leads to an EEG power increase at the frequency corresponding to the flashing frequency of the element on which the user focuses.

Thanks to simultaneous display of all stimuli, SSVEP-BCI is currently the fastest brain-computer interface. Unfortunately, flashing might pose a problem because it tends to be unpleasant for the eyes at lower frequencies of a few or a dozen or so hertz (flashes per second) since flashes resemble a broken fluorescent lamp, and can lead to an attack in people suffering from photosensitive epilepsy – just like trees flashing regularly behind the train window or some movies about Pokemon.

SSVEP-BCIs developed by BrainTech are fully based on higher frequencies that are virtually unnoticeable by and safe for humans. However, regular display screen is not enough for generation of such stimuli anymore. That is why we have developed a one-of-a-kind device dubbed Blinker which electronically controls field flashes regardless of letters or symbols displayed in the fields.

The video presents the operation of an early prototype of “Blinker” demonstrated at the official Polish stand at CeBIT 2012. On this uncut recording, you can see how fast this device is for yourself; it proved to be the fastest BCI showcased at the expo.

The latest version of “Blinker” developed at BrainTech allows for highlighting each of 320 segments of a 15-inch screen independently with various frequencies. This opens unprecedented opportunities for analysis on which part of the screen (movie, picture, ad) the user is concentrating at the moment – in contrast to eye-direction detection offered by eye-trackers.

HOW DO SSVEPs WORK?

First there is a short calibration session when the user is asked to focus on particular fields, while the system learns which electrodes are to be most active and for which frequencies a response is to be the strongest at the moment. After the calibration, the user may begin using the communicator, focusing on fields of their choice that correspond to their intentions.

Our senses are stimulated all the time. A majority of stimuli get ignored, only some of them get our attention. This phenomenon is reflected in EEG, but the trace is so weak that in order to be sure, a stimulus usually needs to be repeated a few times. When the responses to the stimulus which evoked a strong reaction are averaged, one will notice a potential increase approximately 300 ms from the stimulus occurrence (hence the name P300, where P stands for “positive”). If responses to neutral stimuli get averaged, no deviation will be noted. Examples of equipment that works similarly include lie detectors.

The P300 potential occurs i.a. after recognition of a desired stimulus on which the user focuses. For instance, if the user carefully counts one symbol out of multiple symbols flashing randomly, then the P300 potential will occur in response to the display of that symbol. Based on this, the BCI learns intentions of the user.

A single response usually gets lost among traces of other processes that uninterruptedly take place in the brain. That is why we repeat demonstrations to be certain and to average responses associated with the occurrence of every stimulus.

HOW DOES THE VISUAL P300 INTERFACE WORK?

First there is an approximately 5 minute long calibration session when the user is asked to focus on and count flashes of Einstein’s face in individual fields. This way the system learns which electrodes are to be most active and for which period of time a response is to be the strongest.

Then the user can begin using the communicator. To choose YES, focus on the YES caption and count flashes of Einstein’s face on that caption. When the BCI identifies a sufficiently accurate response to one of the stimuli, the background of the selected instruction in the communicator turns green.

HOW DOES THE AUDITORY P300 INTERFACE WORK?

A BCI using auditory stimuli works similarly to the visual P300 interface. YES and NO captions are replaced with auditory stimuli. If the user wants to choose YES, they focus on the sound corresponding to that answer and count how many times that sound occurred. Examples of sound sequences used in the auditory P300 BCI are presented on the diagram.

HOW DOES THE SENSORY P300 INTERFACE WORK?

First there is a short calibration session when the user is asked to focus on particular fields, while the system learns which electrodes are to be most active and for which frequencies a response is to be the strongest at the moment. After the calibration, the user may begin using the communicator, focusing on fields of their choice that correspond to their intentions.